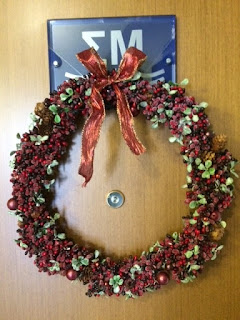 We'd like to take this opportunity to wish you, your colleagues & your families a wonderful holiday season and a healthy New Year.
Post a Comment
Read More »
- November 16, 2017 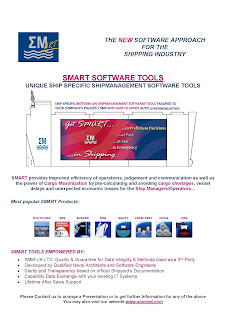 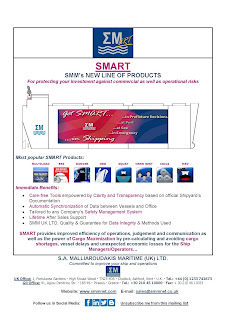 Committed to Improve your Ships & Operations since 1986 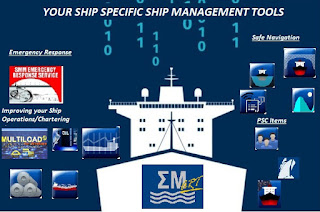 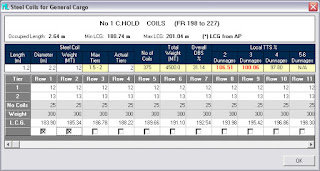 STEEL COILS LOADING FOR BULK-CARRIERS MADE SIMPLE Typical Charterers’ quote for steel coils loading: Please find the attached pre-stowplan for owners consideration/confirmation. Please reply ASAP. EASY COILS LOADING FOR MULTILOAD The easiest and most advanced solution  Our Company, as a pioneer in the Steel Coils Loading of ships since 1997, has just introduced this unique tool for easy checking / insertion of multiple types of Steel Coils in each Cargo Hold effortlessly. In one go, you can examine the maximum steel coils loading (local Strength), stowage and final loading condition (drafts, SF, BM) for Multi-port/consignments operations.
Post a Comment
Read More »

UPDATE ON THE IMPLEMENTATION OF THE BALLAST WATER MANAGEMENT CONVENTION (BWMC), 2004 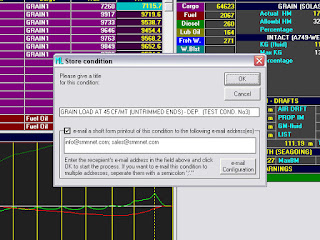 We are pleased to advise that a new Module of MULTILOAD loading software has been developed and now released that permits the User to send effortlessly and automatically via email the pdf short form printout of the loading condition that the User prepares and stores without requiring to follow the traditional and time demanding way of multiple steps (export -> trace file -> attach file into email).
Post a Comment
Read More »

- August 11, 2017
M.R.V. BACKGROUND/APPLICATION For ALL vessels calling European Ports M.R.V. (Monitoring, Reporting & Verification) Scheme, soon will be a must. MRV ACCEPTS B.D.N. AND BUNKERS R.O.B. AS EVIDENCE: ie: “Part A of Annex I to Regulation (EU) 2015/757 provides that CO2 emissions should be calculated by multiplying emission factors and fuel consumption which is determined by monitoring methods A ( BDN and periodic stock takes of fuel tanks), B (bunker fuel tank monitoring on board” SMM BUNKERS SURVEY…YOUR M.R.V. TOOL !!! An indispensable tool for supporting M.R.V. monitoring methods (“A” & “B”) is SMM Bunkers Survey Software. BUNKER SURVEY WITH CLARITY AND TRANSPARENCY It is based on official shipyards documentation, guaranteed by our 30-year experience and reliability. On receiving the following: Drafts / Heel and for each tank (Density/ Sound/ Temp) the user instantly can calculate the F.O./D.O. Reports in order to
1 comment
Read More »

- August 03, 2017
Background For chartering purposes, in case you need to issue a Dual Load Line certificate. Our Services We are at your disposal to check if the Class Requirements for Damage Stability for B-60 Type vessels (Vents Positions, subdivision etc.) are met and to advise the following: 1) Study for p ossibility for assignment of deeper draft 2) Damage Stability Assessment according to ILLC Requirements 3) Potential Strengthening of Hull, if needed 4) Addendum to Trim & Stability Booklet
Post a Comment
Read More »

Feedback from 50 commercial shipping operators on digitalizing their business

- July 28, 2017
Feedback from 50 commercial shipping operators on digitalizing their business As part of productizing our latest product line we sat down to meet with 50 operators and mapped out their needs, ambitions, expectations and disappointments in their digitalization work. In this blog, we give a high level overview of what seems to have worked out and what often has not. When we met with a large number of operators and asked the same questions, clear patterns started to emerge in terms of how digitalization has been approached and what challenges they encountered. The patterns were surprisingly repetitive and in the cases where things did not go as planned, it seemed like most operators were struggling and got stuck with the same challenges. In an effort to draw some useful parallels on a high level, we have to separate the ones who have made a deliberate effort towards digitalization from those who have not. We also have to separate those who feel they have been succ
Post a Comment
Read More »

Inefficient use of navigational tools leads to grounding

- July 17, 2017
On May 2016, the US-flagged lake freighter (laker) Roger Blough ran aground near the Gros Cap Reefs Light, off Sault Sainte Marie, Ontario, Canada. There were no injuries and no pollution reported, but the vessel sustained $4.5 million in damage to its hull and cargo system. The US NTSB issued an investigation report on the accident, providing a description of what happened. The incident  On May 26, 2016, the Roger Blough departed Superior, Wisconsin, en route to Conneaut, Ohio, a voyage of 890 miles. The vessel was loaded with a cargo of 45,093 tons of taconite iron ore pellets. The vessel’s intended route, which was programmed into the ship’s electronic chart precise integrated navigation system (ECPINS), closely followed the Lake Carriers’ Association (LCA) recommended downbound trackline for Lake Superior. On the same day, the Canadian-flagged laker Tim S. Dool, in ballast, lost all electrical power and propulsion approximately 65 miles northwest of Whitefish Point in easter
Post a Comment
Read More »

If your Bulk Carrier by design is not yet approved to carry deck cargo we are at your disposal to perform the necessary studies and get them approved by Class. Our approach involves: Discussion with owners about market requirements Define class requirements for all necessary documentation that needs to be submitted to Class for approval Final agreement with owners for the project details
Post a Comment
Read More »